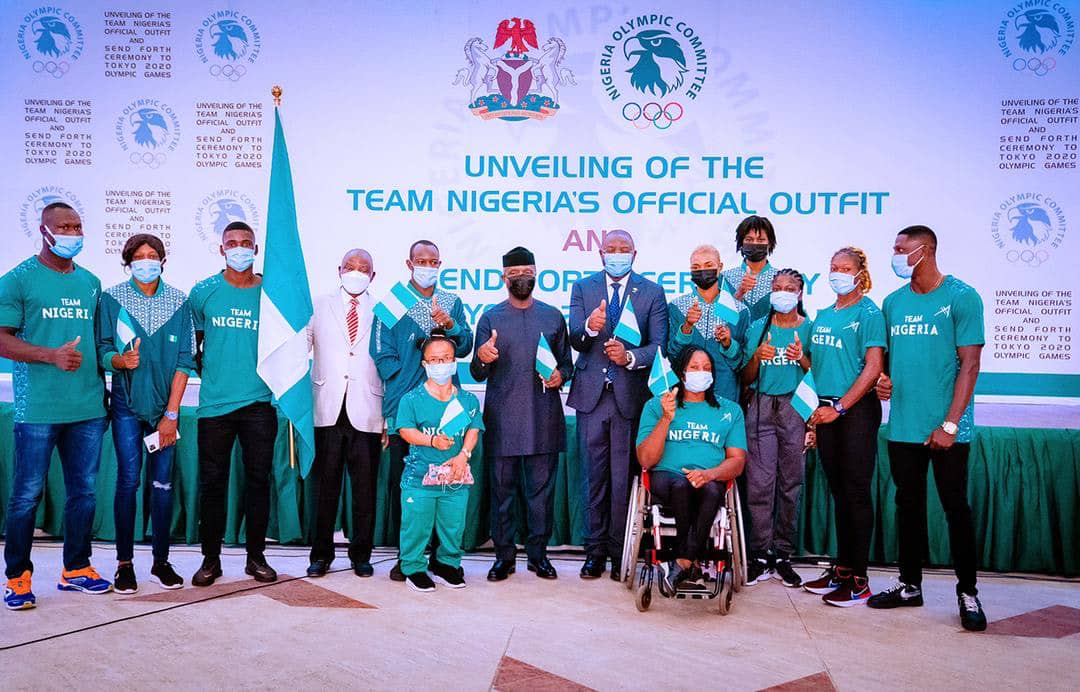 Africa’s premier sportswear brand, AFA Sports, has been announced as the official clothing supplier to the Nigerian delegation to the Olympics. The national clothes were unveiled to the world on Monday by Vice President Yemi Osinbajo in Abuja.

Announcing the partnership in Lekki, Lagos, Ugo Udezue, AFA Sports CEO said: â€œThis is a golden opportunity and a golden moment not only for AFA Sports but also for the Nigerian contingent. We are very passionate about the opportunity to represent our country and the people of Africa.

â€œWe are proud to actively participate globally and are delighted to continue to actively support the development of sport, and in particular of the Olympic Games.
“We are also grateful to the Ministry of Sports for creating an enabling environment for local sports businesses.”

AFA Sports’ support to Nigerian teams began with the provision of clothing for the men’s and women’s national basketball teams at Afrobasket and World Cup matches. They moved on to the men’s and women’s volleyball teams, the Para-Weightlifting Federation, then the very first African knockout involving mixed martial arts and local athletes.

The outfit, which said it developed the moisture-resistant fabric to keep the body cool in Africa’s extreme humidity, revealed it had conducted extensive research on the Japanese climate in order to select the best performance fabrics for the Olympic team, where the margins of success can be boiled down to athletic products.

â€œWe are passionate about changing the narrative of African history through a positive mindset while working diligently to create products that offer all facets on an international level,â€ Udezue said.

To match the uniqueness of the Games, AFA Sports unveiled a range of kits, comprising tracks, jackets, shorts and trainers created with combined elements of unique fabrics, distinctive designs and modern techniques.